Last Saturday morning the family headed over to Lake Elmo Park to play on their massive playground. Not only do they have this huge park, but also a filtered man-made swimming lake. As far as we can tell, Sylvia thinks these are two separate places, so we don't have to spend time at both of them on a single visit.

They have many straight slides... 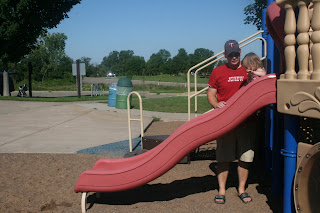 And many curvy slides... 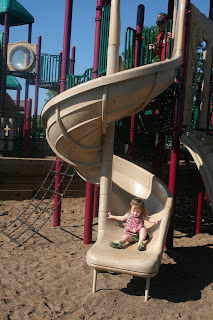 They even have a 30 foot slide! 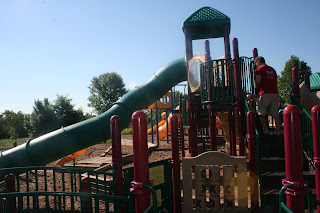 Coming out the bottom (after about 45 seconds) 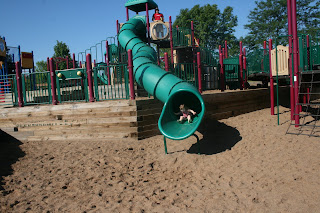 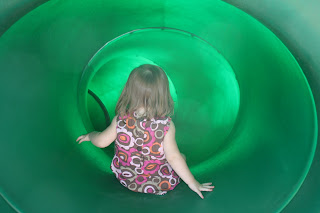 "I can climb by myself daddy!" 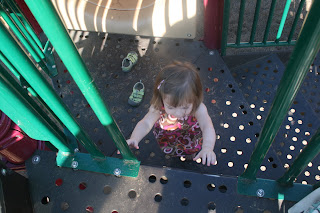 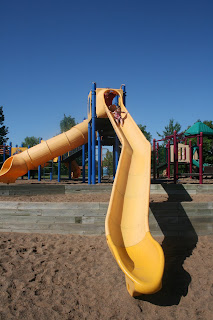 They even have a couple 'rock' walls to climb 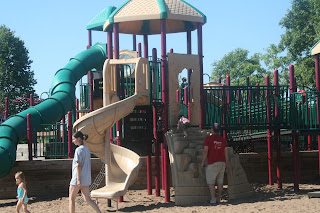 And finally, the Pirate Ship. 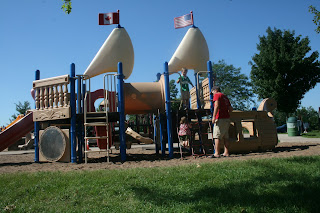 The boy in the green shirt (Ian) was the man of the hour. He was busy 'saving' everyone from the volcano, the tornado, the fires, and the bad pirates. You see, he was a good pirate - a scientist pirate - as he put it. It was his duty to protect all of us mere mortals from the dangers of the park. This kid had a crazy imagination, but gave us a few laughs and a new friend for Sylvia to play with. As we were leaving, he thanked us for coming to his park and hopes we come back again soon to play. I am thinking this kid works for Washington County or something?

We *MUST* get the boys to this park!! Great pics (and commentary)!! Hopefully, Ian will save us, too.. unless of course, we're the bad pirates. Then.. watch out, good guy.