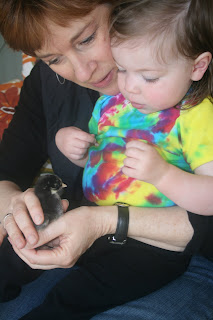 My mom has been a proud chicken owner for about 2 weeks. I think Sylvia will have lots of fun with them, but they do take a little getting used to. 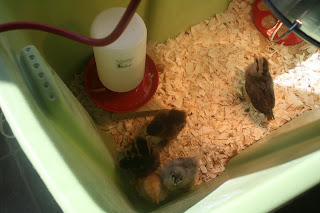 We are working on naming them. So far we have Marilyn which is the craziest chick and she was named after my mom's little sister. Blake named his chick light because it has lots of colors and Jared named his Reeses. I named mine Elvis--I am hoping for crazy big feathers and blue eggs. 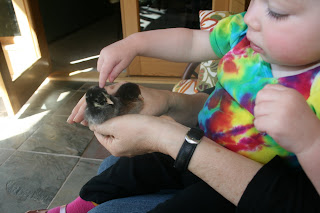 Baby chicks poop a lot so once they can go outside we can play with them more. 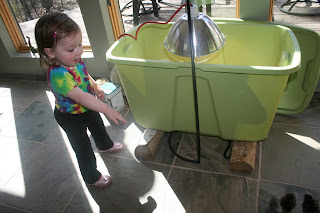 These are the type of chickens she has. Most will lay brown eggs, but some will do blue.

Cool! We are getting our chicks in a few weeks... my dad has Arucanas and their blue eggs are SO pretty. Have fun!