The 4th of July means our annual celbration!  This year marked the 14th year in a row that our great groups of friends gets together to celbrate!


The banner continues to be modified each year.  Maybe something special for the 15th next year? 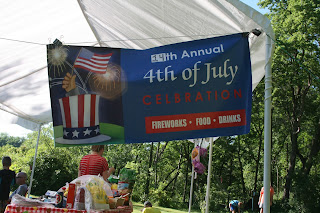 We couldn't have asked for a better day!  The water was perfect, not a cloud in the sky, and not too many mosquitoes. 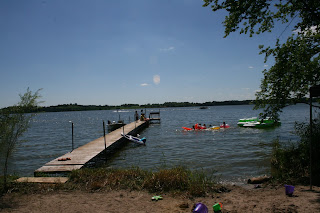 Some sort of "tub train" going on here... 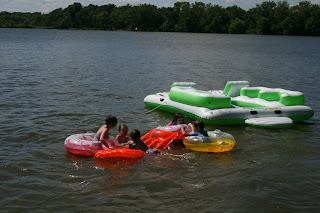 Dads are overseeing the operation 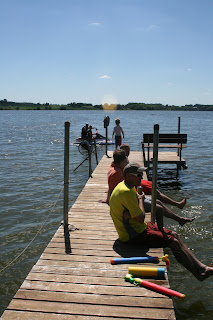 Getting out grub on! 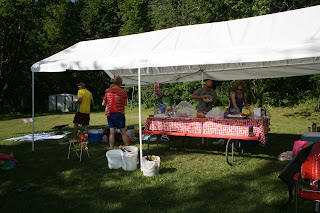 eatin' and playing with the fire - sounds like a perfect day! 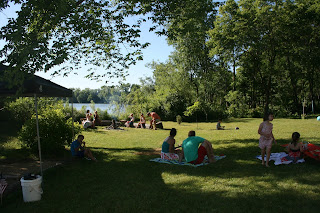 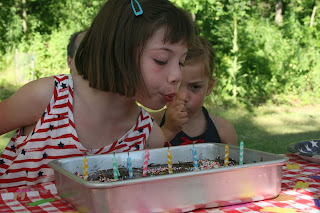 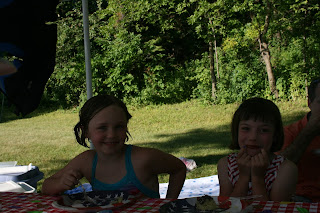 The newest addition to the celbration! 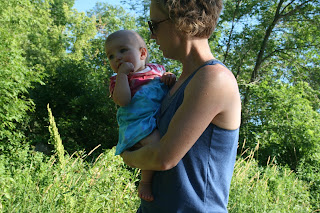 All in all, it was a great party again.  We did have some struggles with the jet-ski and the four-wheeler was in the shop, but we will be back in business next year!

For the past ~6 years we have celebrated the 4th of July at the cabin.  Generally, we spend 1-2 days leading up to the party working and prepping for the big day.

This year was similar, except for the fact we did a bit of playing as well!


The old white picnic table is now a festive red! 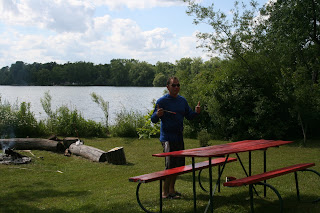 All the ladies chillin' on the raft 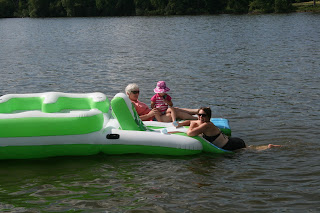 Crazy Sylvia and her squirt gun 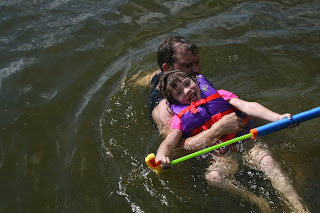 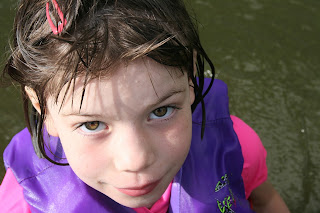 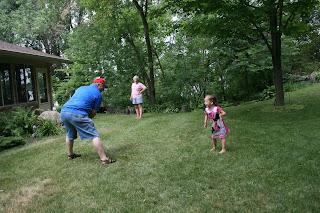 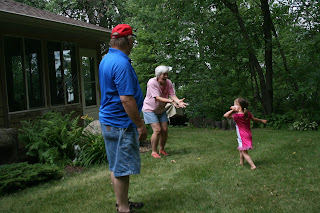 Crazy Violet is gonna get you! 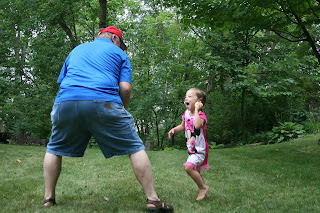 Out lovely family... Lucy is pulling away, Violet isn't looking, and Sylvia is trying to hide.  Sounds about right!!! 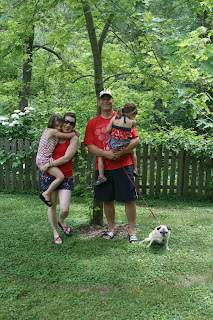 Up next - pictures from the 4th of July Celbration...

With the end of the school year comes family vacations.  Our new tradition is heading up the North Shore for a couple days.

First we stop at Spirit Mountain to ride the alpine twister.  Looks like it will be a couple more years until Sylvia can ride by herself! 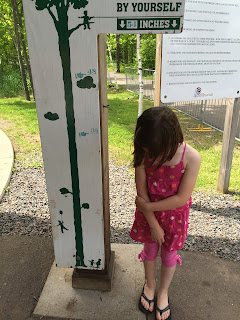 The hike back up to the top of the mountain is also a fun ride... 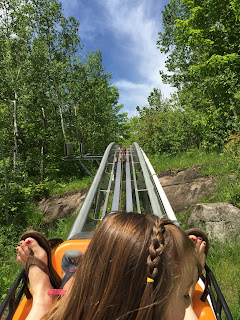 Most of our time is spent on the beaches sorting rocks and looking for agates.  I think one of these years we will actually find one! 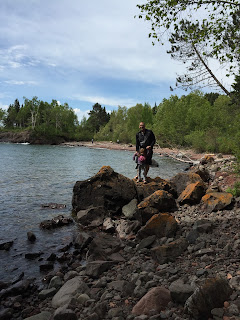 While the sun was out, the wind was howling and most days were in the 50's / 60's, so the girls were a bit disappointed that they had to be bundled up the whole time. 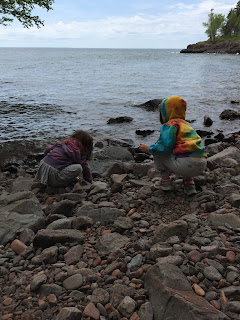 Tom's Logging Cabin was a new destination this year.  We were surprised with the quality of the exhibits and found them to be very educational. 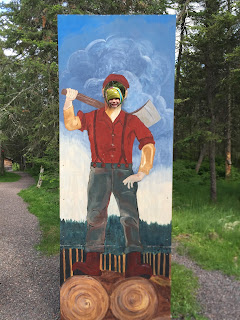 While at Tettagouche State Park, we tried geocaching...  it took us a couple miles into the woods, but we were able to find the cache! 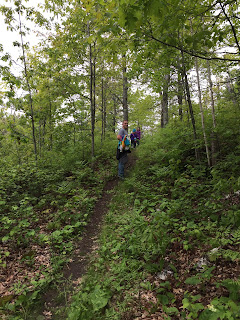 We didn't see any ships at the lift bridge in Canal Park, but we did come across this 1,000 footer while in Two Harbors. 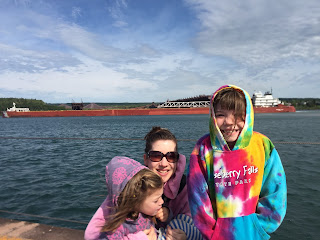 Another new destination this year was to Ben and Bonnie's house in Hayward, WI.  As you can see the change in local brought with it new temperatures.  It was nice to be in shorts again!

We stopped at the local wildlife park.  It was pretty amazing, but the coolest part was how the goats would pull up the buckets of corn by themselves!  The girls really got a kick out of them.. 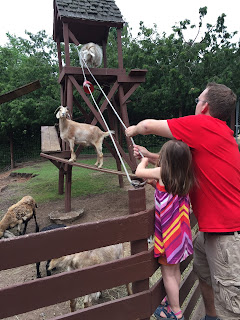 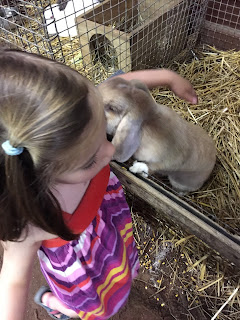 Following dinner, we also were able to celebrate the girls' birthdays.  There were streamers, ballons, and party favors all over the house! 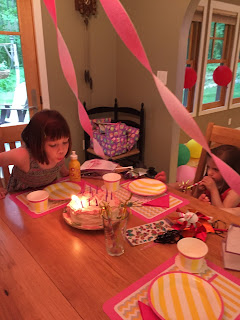 The two girls may have gotten a bit "sugared up" and starting banging Ben in the head was the balloons.  I am pretty sure he didn't mind ;-) 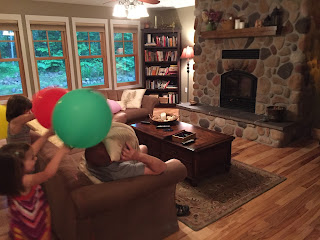 The next day we headed back home to start our "normal" summer of day camp and trips to the cabin.  However with Grandma Chicken retired, the girls have a few more trips planned this summer.  More to come!